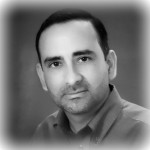 My photography life started in 1958.  Okay that was before I was born.  I’ll explain.  My father served in the Army before he and my mother were married.  Being stationed in the Far East, he took the opportunity to purchase a Petri 35mm camera and flash.  (The kind with the flash bulbs that had to be replaced after a single exposure.)  The fateful day came some 20 years later in 1978 while I was a sophomore in high school.  He gave me that very camera to use and experiment.  I knew absolutely nothing about cameras or photography at the time. In order to learn about the funny sequence of numbers and letters on the various dials, I went to the library to check out a couple of books on photography.  The best book that I found was written by Barbara London & John Upton.  It turns out that this is the very book (a later edition) that I would be studying in college years later.

For some reason I was fascinated with the wonder of F-stops, shutter speeds, ASA, ISO and how they worked in combination to produce a correctly exposed image.  I practiced on my brother Jesse whose love of pretending he was Evel Knievel while on his bicycle jumping small homemade ramps lent an excellent exercise in what is called panning. On our first dog Prince, a collie, I learned quickly that I would need to experiment with flash photography if I wanted to capture indoor images with any movement in it at all.  Eventually a friend of mine to whom I had shown off some of my photo creations asked me if I was interested in joining the yearbook staff as a photographer.  I had never been involved with any real organized group so this was an incredible experience for me.  I experienced exposing, processing and printing black & white film. I learned that unlike in the TV and movies there was no light at all allowed in the stages before the film was processed and very little allowed for printing onto paper.

While in my senior year, my parents informed me that I would go to college.  I had no choice in the matter.  The only interest that I had was in photography so I chose to attend Sam Houston State University which was in the top 10 schools of photography in the nation and the best in the state.  Being so close to Houston made it perfect for getting back home on long (and lots of short) weekends.  In my second year at Sam I was able to obtain a paid position in the photography lab mixing chemistry, processing color film, and loaning out the school’s various photography equipment to students.

Prior to working this position I was painfully shy. In high school one would almost never hear a thing from me.  Perhaps I liked having a camera between me and everyone else.  Some type of a barrier to protect me?  I dunno. Is there an analyst out there? Anyway working as a lab tech I was able to help other people who shared a passion for photography as well.  (At least some of them did).  My interest and excitement for the work made me forget that I was an introvert!

During those days SHSU hosted an annual event called The Texas School of Professional Photography.  This is a two week event in which hundreds of working photography professionals would come from all over the ntate (some out of state as well) to learn from nationally and internationally recognized photographers/teachers in a wide variety of photography related skills.  Each instructor was assigned a working professional to help with the teaching as well as two advanced college students of photography.  Being Texas School these helpers were known as Wranglers and Mustangs. I applied and was given the opportunity for two years to study under Charles Lewis and Big Daddy Don Blair.  At the risk of offending my college instructors, I must say there is so much that can only be learned by studying with a high caliber professional.  Texas School (as the involved photographers call it) has grown so much that they have had to move to a larger campus.  Texas A&M now has the priviledge of hosting this annual photo learning fest.

On to the Real World

I received my degree in December of 1985 having achieved a perfect 4.0 in photography related classes and a 3.4 overall.

This entry was posted in About Carlos.